Until fairly recent I wasn’t a big fan of Frank Lloyd Wright. For some reason since my days at school of architecture I’ve always rooted against the great masters in favor of secondary-role (thus lesser known) architects. Even if I still root for the underdogs, nowadays — forced in great part by the impartiality required to teach objectively a course on History of Modern Architecture — I’ve come to really appreciate and understand the works of architects such as Wright.

During my trip to Chicago, where avoiding Wright’s work was simply not possible, I visited several of his buildings including his Home and Studio in Oak Park. At first I felt like it was going to be business as usual but there were so many instances in this place to ascertain Wright’s greatness as an architect (even if personally I still believe he was a huge S.O.B.) that if I had just visited this one place I would have felt the same way about his work. The structural achievements, material selections, attention to details and quality and greatness of its interior spaces all attest to his place in history as one of the most influential architects of the century.

Here are a few sketches I made during my visit. 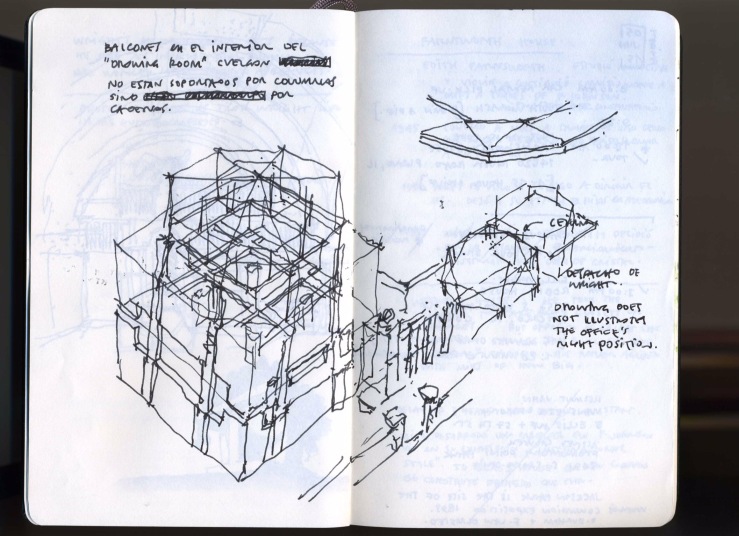 Axon of the studio.

Un-rendered and rendered perspective (below) of the playroom.